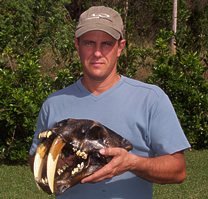 Fred has been an avid student of natural history since the age of five and has applied that knowledge through the years in many ways. With over 30 years of fossil hunting experience along the east coast he has amassed an impressive collection of fossil finds. He has made significant contributions of unusual fossils to both the New Jersey State Museum and the Florida Museum of Natural History.  Most importantly he has been a reliable resource throughout an extensive network of both amateur and professional paleontologists. He has been involved in delivering fossil programs, coordinating fossil expeditions and has been a subject matter expert for fossil exhibits for over 15 years.

Prior to starting Paleo Discoveries™ Fred owned and managed a very successful landscaping business in northern New Jersey for over 20 years. His easy-going nature and sense of humor has served him well through the years in keeping an extremely satisfied base of customers. That experience has translated well into creating satisfying experiences for fellow fossil enthusiasts. Fred is married and lives with his wife and daughter in Vero Beach, Florida. 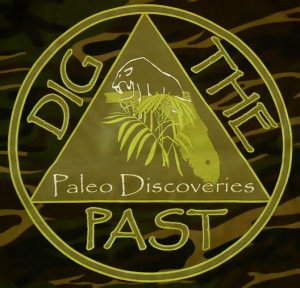 How We Got Started

Paleo Discoveries was formed by Fred in 2004 as a way to combine his passion for the outdoors with his knowledge of the natural history of our planet. One of his lifelong pursuits has been to support others in both experiencing and discovering a passion for the history of our planet in a fun and interactive way. This is what Paleo Discoveries is all about!

While the entire east coast, particularly the southeast, is a very rich source of fossil material, Florida was specifically chosen as Paleo Discoveries’ place of business. It is one of the richest sources of fossil material available in terms of both quality and quantity. The beautiful weather also makes year round collecting possible. You could say Florida is of the best place to be for both the beginner as well as the serious collector. So come join us for a successful expedition or learn more from our programs by inviting us to “bring our museum” to you!