Learn about fossils in Florida 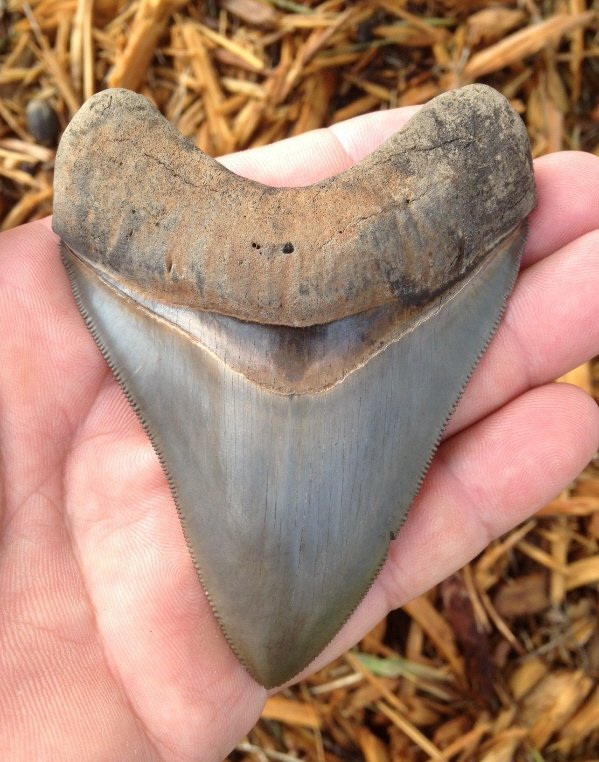 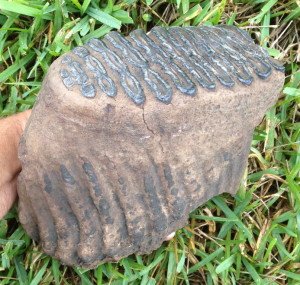 Fossils are the remains of ancient life. These remains can be from virtually anything that ever lived- bacteria, plants, dinosaurs or humans just to name a few. Fossils can be mineralized remains of actual living things such as bones or teeth or can even be just impressions in rock. Dinosaur tracks and plant leaf impressions fall into this category and are known as trace fossils.
Since fossils were formed in the ground and under water, they are most commonly found where wind or water erode them from the ground. River bottoms, beaches, deserts, cliff faces or hillsides are just some of the many places fossils can be exposed.They are also commonly found during excavation projects such as construction, dredging or mining.

Florida is known as one of the richest areas for fossils in the world. There are a few reasons for this, one of which is it’s geological history. There has been very little geological volatility such as earthquakes or volcanic eruptions to disturb the ancient record of life in this state. Also, an extensive river system seems to have been a part of Florida’s landscape for a very long time. This contributed greatly to the amount of fossil material to be found here as it is a key factor in the preservation of animal and plant remains. Anything that dies and is quickly buried by sediment is more likely to fossilize well. Due to Florida’s long history of sea level rise and fall, this means anything from mammoths to sharks can be found here!

Florida’s surface fossil record goes all the way back to the Eocene epoch, approximately 50 million years ago. During that time the ocean covered the entire state. Sea level has risen and fallen many times since then and multitudes of land dwelling animals and sea life lived and died here. Sometimes, if the conditions were right, their remains fossilized and remained entombed in various types of sediment. The action of water, such as that in rivers and the ocean, very often uncovers these fossil producing sediments. Many times there are a mix of terrestrial (land–dwelling) and marine (ocean-dwelling) fossils in the same location. 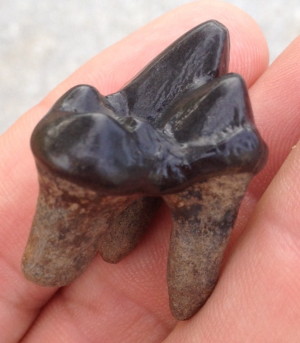 Dinosaurs are not a part Florida’s fossil heritage as Florida was under the ocean during the time dinosaurs lived.

Of all the animals mentioned above, the most common vertebrate fossil finds here (and worldwide) are shark teeth. On any given day, in the right location, many teeth are usually found. These are from several species, some extinct, some still living. Tiger sharks, lemon, gray, snaggletooth, mako, and the big guy, Megalodon, are all found here. Mixed in with the sharks, fish, whales and dolphin fossils are much more recent land animal remains such as many of the animals previously mentioned above.

Throughout the world, virtually all of the largest animals of the Pleistocene (commonly known as the ice-age) went extinct between 8 and 12,000 years ago. These large ice-age mammals are collectively known as megafauna. The exact cause for their extinction is still unknown but scientific evidence most recently points to possible over hunting by early man and a subsequent partial collapse of the ecosystem.

If you come out on one of our tours we’ll help you find fossils from some of the ancient animals that called Florida home. While fossils from many of the animals listed above are nearly impossible to find in most parts of the US, Florida is a relatively easy place to look for fossils and a fun and adventurous way to see our beautiful state.

Our guided fossil hunting tours are arranged by reservation on weekends and weekdays all year. It helps both you and us to give at least a few days notice before booking your tour but don’t hesitate to give us a try the night before if need be. A deposit is not required. We generally are reaching areas by canoe with boats and equipment we supply but we also can do walk-in tours without a canoe. Please call (772) 539-7005 or email- fredmazza at paleodiscoveries dot com  for more info or visit www.paleodiscoveries.com or http://scottg17.sg-host.com

Hope to see you on the river!